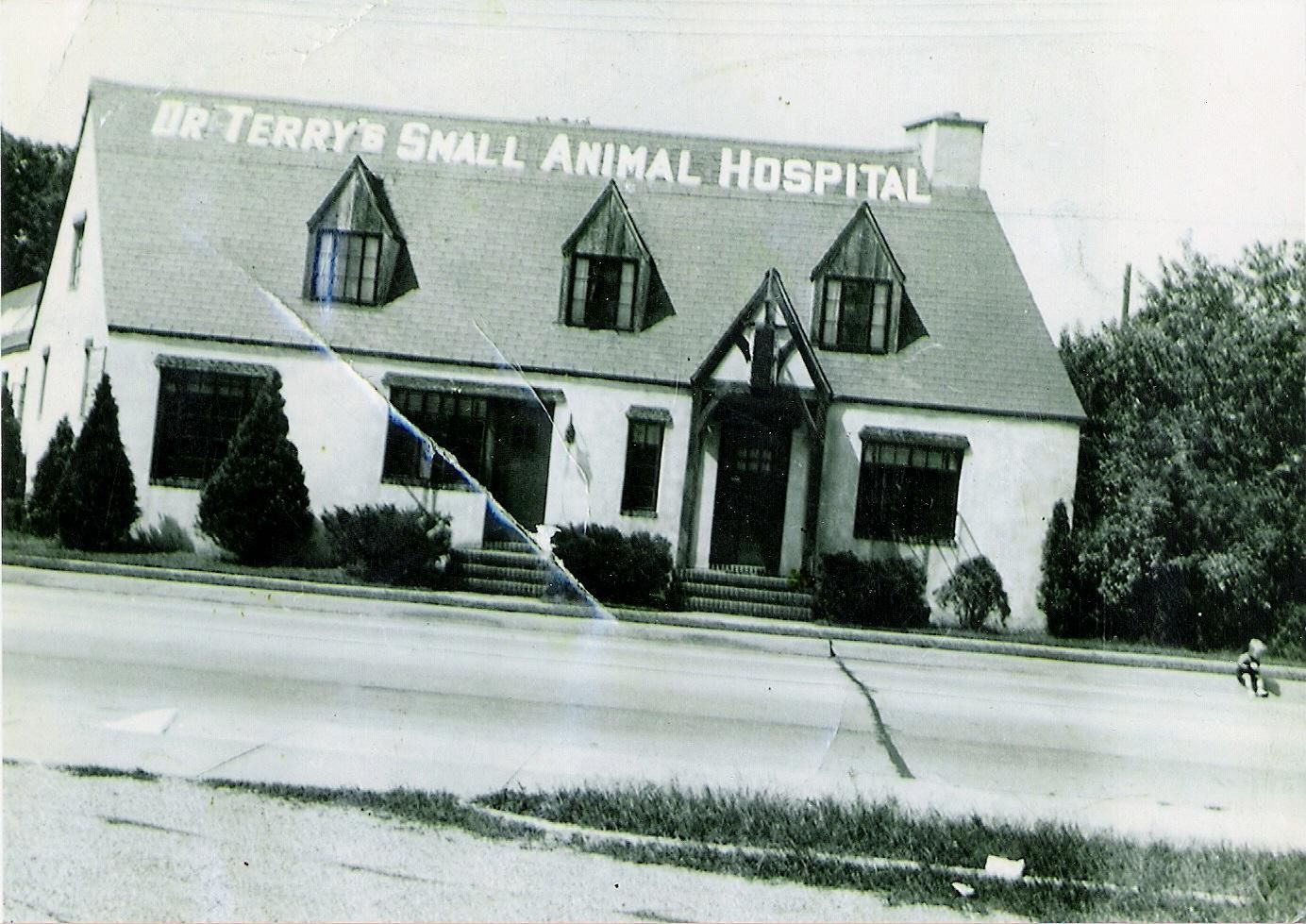 Over 75 years of Veterinary Excellence.

In 1945, he renovated a fish market into the next veterinary clinic by relocating his hospital to the corner of N.Village Avenue & Washington Street in Rockville Centre, New York. This location is just down the street from where you find Terry Animal Hospital today. The animal hospital continued to grow so rapidly that within 6 years (1951), Dr. Terry decided to build a brand new hospital at its present location on the corner of Washington Street & Center Avenue.

Dr. John Terry cared for the practice until he suffered a stroke at the age of 51 in October of 1962. Mrs. Arline Terry held the practice together until her son, Dr. John M. Terry (“Jack”) graduated from Cornell & took the practice over in 1966. Not only would this task be difficult for anyone, but Arline did so while raising all four children!

Dr. John M.Terry, affectionately known as “Jack” Terry graduated from Cornell in 1965. Dr. Jack Terry worked at Huntington Animal Hospital for Dr. Bud Wright for one year to learn everything he could before running a practice alone. He would go to Rockville Centre every Thursday & spend the day doing all of the scheduled surgeries.

Those first few years were very difficult. The practice was in trouble from not having a full-time owner/doctor for the past 3 years. Part-time doctors were in & out doing a good job but they each had their own practices to worry about. Dr. Jack Terry averaged 18 hours per day trying to build the practice alone. It was slow in the beginning but through his determination & work ethic, eventually grew the practice once again.

Within 3 more years (1969), the animal hospital was back on its feet & thriving. Business was expanding to the point where Dr. Jack Terry hired a second doctor but it did not go well. So, he went back to being the sole practitioner of “Dr.Terry’s Animal Hospital.” In 1974, Jack Terry redesigned & expanded the entire (current) hospital. The practice was growing so much that a second doctor was absolutely necessary. He got lucky when he found Dr. James Schroll who not only was a wonderful veterinarian (& still is!), but also a good friend to Dr. Jack Terry.

The practice continued to grow & eventually became one of the most successful four-doctor practices on Long Island.

In 1987, Dr. Jack Terry hired Dr. Paul Perrier (pronounced “like the water,” [perry-ay’]) who would eventually take over the practice in March of 1990. With respect to decades of hard work Drs. John & Jack Terry invested into the practice, Dr. Perrier decided to keep the name, Terry Animal Hospital. It is almost fitting, with history like this, that many loyal clients still confuse names & refer to Dr. Perrier as Dr. Terry. 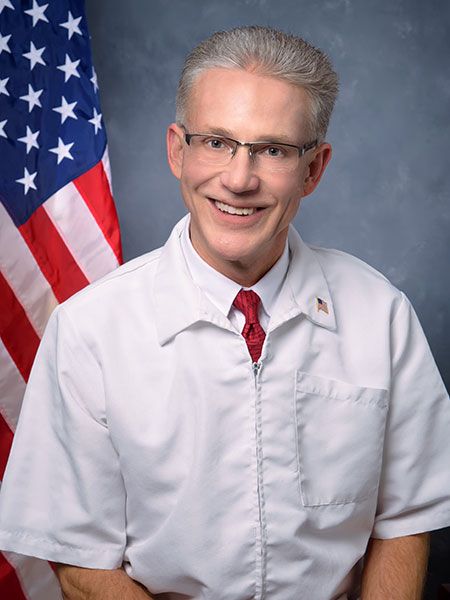 Growing up in Center Moriches, Dr. Perrier was bound to succeed. He was the valedictorian of his high school class & completed two years at Adelphi University before transferring to Purdue. Here, he graduated with Highest Distinction & four years later, graduated from the Purdue School of Veterinary Medicine, Indiana. He received the American Animal Hospital Association Award for being the top clinician & surgeon in his class. His career began by focusing on cardiology & surgery.

As the owner of Terry Animal Hospital, Dr. Perrier leads by example & always does so with a smile. He is responsible for all the renovations that you have recently seen. His dedication to the hospital & every pet keeps us moving forward!

Whether running on the beach or skiing, Dr. Perrier enjoys his free time outdoors -- hoping to take his dog, Eli, along with every opportunity. He also delights in good cuisine, refueling after workouts. 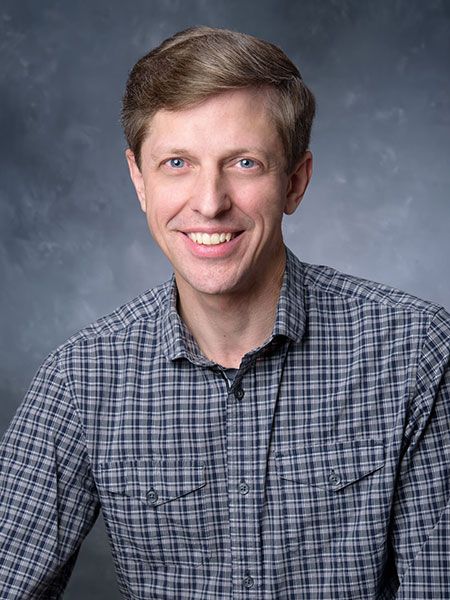 Dr. Foy grew up in Baldwin, just a stone's throw away from Terry Animal Hospital. He attended Chaminade High School before being granted the Award in Biology from Manhattan College (1994). He was also a member of the following honor societies:

After veterinary school, Dr. Foy returned to Long Island & worked in Massapequa Park before arriving at Terry Animal Hospital in 1999. He continues to practice as Dr. Perrier's senior associate. His veterinary pursuits include internal medicine as well as a strong interest in feline medicine.

Dr. Foy's hobbies include restoring cars (particularly his Porsche) & visiting local zoos (especially the Bronx Zoo where he worked for 6 years). He enjoys travel (near or far) & expectedly so, can't wait until he revisits Hawaii. 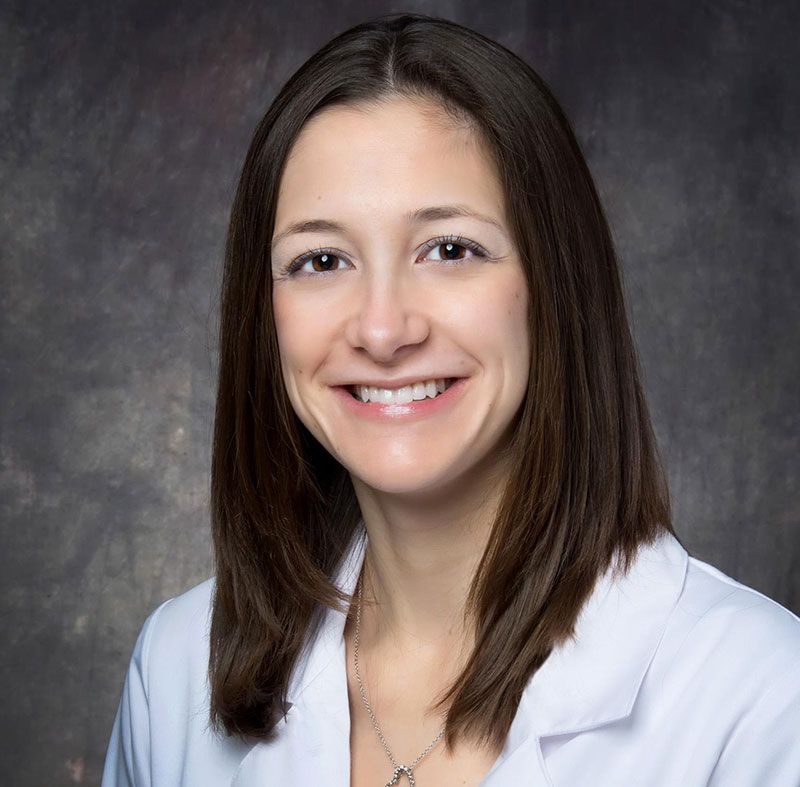 Dr. Raimondi joined the staff in September of 2004. After obtaining a Bachelors and Masters Degree in Biology from Adelphi University, she graduated from Iowa State University College of Veterinary Medicine in 2014 and returned home to her roots at Terry Animal Hospital. She is well-known and well-liked among staff, clients and their pets! She brings a state-of-the-art education along with her Terry Animal Hospital work ethic to the practice.

Dr. Raimondi has a bossy, demanding orange cat named Stewie. She enjoys spending her free time relaxing in the company of family and friends. Dr. Katie Iovino was 8 years old when an injured cardinal helped her realize her true calling. While helping care for the injured bird, she realized she wanted to join a profession in which she could help those that could not speak for themselves. Growing up on Long Island, she was surrounded by animals of all sizes and species including fish, hermit crabs, mice, parakeets and her childhood black lab. Dr. Iovino completed her undergraduate work at Marist College in Poughkeepsie, NY majoring in Biomedical Sciences. She then graduated from the University of Pennsylvania School of Veterinary Medicine. Before coming to work at Terry Animal Hospital, she previously worked in Hauppauge, Westbury and Oyster Bay.

Dr. Iovino has a strong passion for the Human-Animal Bond and Animal Behavior which was sparked after completing a training internship at the Long Island Aquarium in Riverhead. She made it a priority to study as much about behavior as possible throughout veterinary school and was involved in teaching dog training classes and dog and cat clicker training labs at Penn Vet. She continued her education in Behavior after vet school by completing a mentorship with a Behaviorist and is also a Fear Free Level 3 Certified veterinarian. Dr. Iovino is a strong proponent of positive reinforcement training, an idea which she hopes to share with her clients. Her goal is to educate pet owners while making appointments as stress free as possible for her patients.

Dr. Iovino is a proud pet parent to her cats, Tucker and Sawyer, and her dog, Finn. Tucker was the last of his litter left un-adopted at the shelter because he is a black cat that does not have a tail and Sawyer was adopted from Beth and Howard Stern and even has his own Instagram account! Finn was rescued from a research lab. In her spare time she enjoys yoga, pilates, biking, and spending time with her fiance, Shaun. Dr. Iovino has an identical twin, so if you ever say "hi" to her outside of the hospital and she looks confused, don't worry - it's probably just her twin.

Send Us A Message